This month’s seabed auctions laid bare how much the world has changed in just five years.

In 2015 we didn’t think we could build Dogger Bank Offshore Wind Farm due to a lack of policy support or the right market conditions. In short, offshore wind, indeed any form of wind, was out of favour.

Fast forward to 2020 and no one in the world is building as much offshore wind as SSE.

We have greenlit three of the biggest renewable wind projects in the UK with a combined capacity of over 5GW and the ability to power millions of homes with clean energy.

In 2015, the oil majors’ only real interest in UK territorial waters was oil and gas.

Now they are keen to dive into to renewable wind at scale and as competition hots up it is clear that the UK is the offshore wind capital of the world. Whilst the recent high-priced auctions do give pause for thought around how to allocate seabed at the lowest cost for customers, the sector truly has the wind in its sails.

In a year where we will welcome world leaders from just about every country in the globe to COP26 in Glasgow – determined to thrash out a new climate deal to halt global warming, it’s a good time for increased investment in UK renewables.

The world needs more offshore and onshore wind if we’re to tackle the climate emergency. 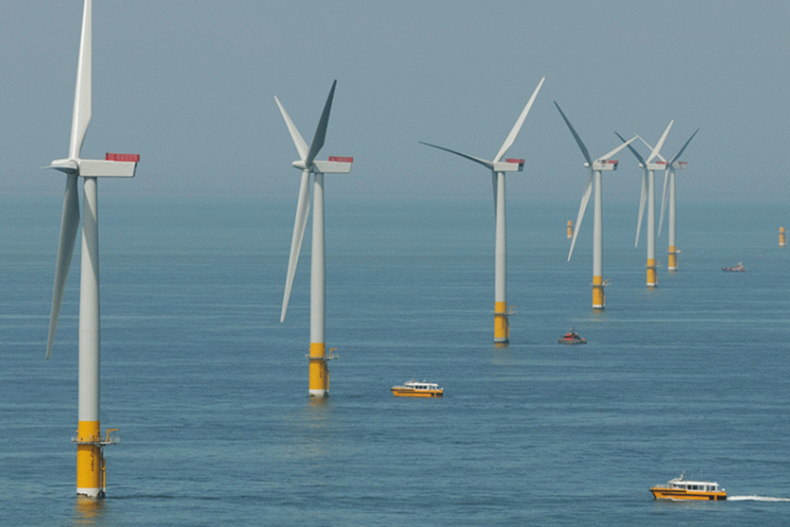 The UK wants to power every home with offshore wind in a decade and SSE is going to help them do it. We’ve got over 1GW in development just now and big plans to triple our own output by 2030.

We’re also looking to expand overseas too. As I said, the world needs more renewable wind production, and with our pedigree in developing and building in some of the most hostile waters in the UK, we can export that expertise globally. We can help other countries decarbonise with some of our learnings over 20 years and that’s just one of the reasons we’re a proud partner to the COP26 UN climate summit.

Alongside wind, we want to build new pumped hydro storage to support a more flexible electricity system. It’s a technology that’s stood the test of time and there’s more need for it now than ever.

But decarbonisation will not be solved with renewables alone.

Just like with offshore wind, carbon capture and storage fell out of favour with funding scrapped in 2015 – but not with us. It will be third time lucky, but we firmly believe this technology is the route to help decarbonise big industry and pave the road to a hydrogen economy. Carbon abatement technology is a must in any credible pathway to net zero and the UK has a chance to establish itself as a world leader in another vital low-carbon technology.

We have two CCS projects ready to go; one at Keadby in the north east of England and one at Peterhead in Aberdeenshire. These will not only help decarbonise the wealth of industry in those areas and beyond but also provide power to the UK for when the wind doesn’t blow and the sun doesn’t shine, as well as helping underpin the development of infrastructure needed to build the hydrogen economy – an area in which we also have a keen interest.

They will also retain the wealth of high-quality skills and experience that exists in those regions already and help support a just transition to a low carbon economy.

“Fairness in how we make that transition is also important to us.”

As global economies go through such a transformative shift, we, as a responsible business have a part to play in ensuring that no one is left behind. From employees to customers to communities.

Change of this scale brings with it social consequence and history tells us that economic growth, innovation and digitalisation can risk leaving people behind if distributional impacts are not thought through at the outset. That’s why we’ve published our principles for a just transition, outlining how SSE will approach the social implications of delivering net zero; from jobs and training, to working with communities and ensuring no one is left behind. I think it is important other businesses do the same.

As the eyes of the world turn to Glasgow in November, the UK has the opportunity to show leadership on the global stage.

That really would be the route to building back better.