Offshore wind power is a growing part of Total‘s portfolio in renewable energy, the final pillar along with solar and onshore. “It’s all part of the overall renewables strategy. We have to evolve the power mix to reduce CO2 emissions,” he states simply.

Total’s long-term strategy is to become a world leader in renewable energies, with a portfolio of activities in renewables and electricity that could account for up to 40% of its sales by 2050.

Not only can the Group leverage its global assets, the technological synergies between exploration and production for oil and gas and offshore wind farms are clear.

“We’re really familiar with working at sea on massive engineering projects, with very complex marine operations. We also work in a number of partnerships. Many utilities prefer to work on their own and be their own masters but that doesn’t actually happen in oil and gas, the operators and those doing exploration might be working for two different companies but having to use the same facilities. We have to work as teams. That’s what makes us strong in this sector,” Terneaud continues. 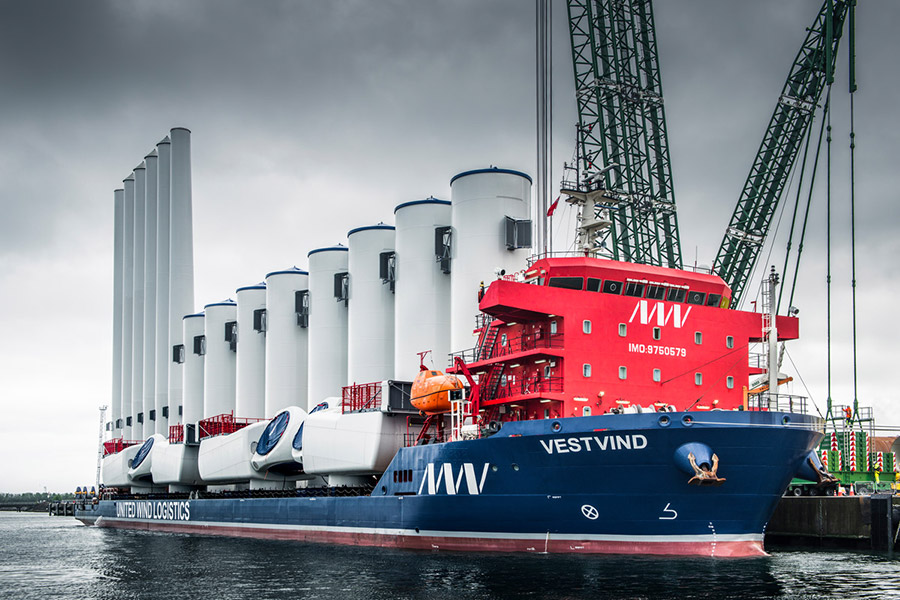 There is a high level of cross-fertilization on certain sites. On Scotland’s pioneering Seagreen project suction buckets fix turbines to the ground, an innovation in the offshore wind business, but a regular design feature on oil and gas platforms.

“Managing the supply chain is also a challenge on this particular project, with jacket foundations built in Dubai and China,” he explains.

While offshore wind has so far mainly developed in shallow water and been based on fixed bottom technology, Total predicts strong growth for floating wind offshore.

“The bottom fixed market is going to end up getting too crowded. Floating tech needs to be developed to feed energy needs,” Terneaud says. It is an emerging technology with wide potential, opening access to sites further offshore, has less impact on the landscape and benefits from even higher and regular wind speeds.

Currently, the electricity that floating offshore wind turbines generate comes at a higher cost than bottom fixed wind turbines. So how will Total improve competitiveness? 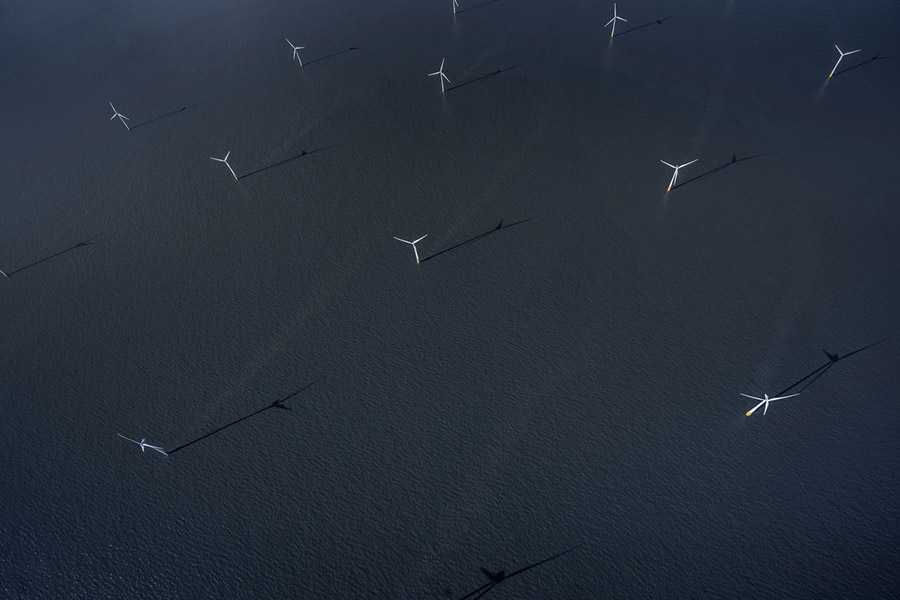 “The biggest challenge I think is financial. It’s going to be making this energy source competitive. Governments won’t subsidize over the long term, why should a country invest further in floating turbines when they already have fixed options?” he continues, “Total is looking much longer term, so all these are all questions to be answered.”

“We are interested in both fixed and floating turbines, but much of the R&D focus is going on floating turbines,” he goes on, “The bread and butter of the industry will be the bottom fixed over the next five years, but we believe in the potential of floating: it is not for nothing that it represents more than half of our projects. Today, we have all the cards in hand to succeed in drastically reducing costs.” 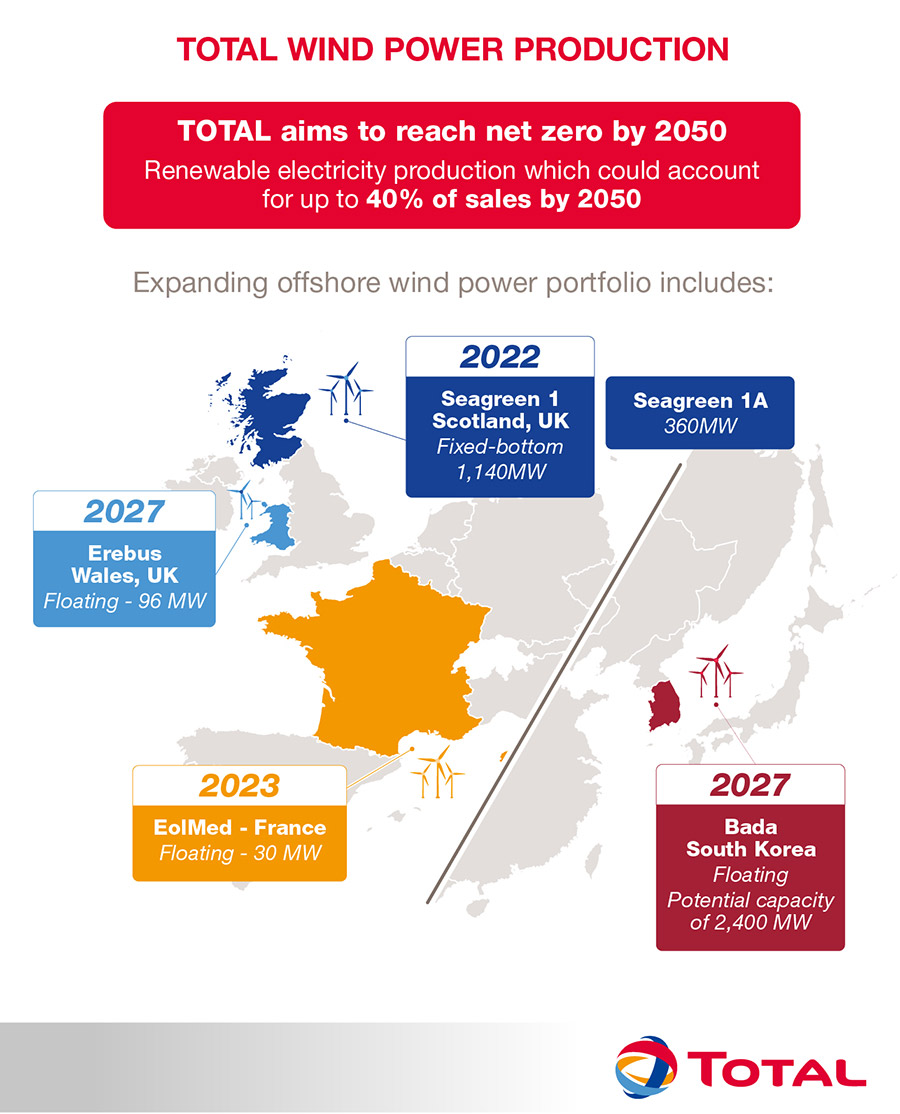 A long coastline and plenty of wind makes the United Kingdom a leader in the offshore wind sector. The U.K. wants 40GW of energy created through offshore wind power by 2030 and the industry is moving fast. State funding and regulation are already well developed, making it an attractive proposition for Total’s partnerships in the space.

The Group has a 51% stake in Scotland’s largest offshore wind farm, the Seagreen project, which will be able to generate 1140MW from 114 turbines by 2022. On completion, it will provide enough energy each year to power up to 1.3 million homes and cut 1.6 million metric tons of CO2 emissions every year, a significant contribution to the U.K.’s carbon reduction targets.

The U.K. government has awarded Seagreen a 15-year Contract for Difference for 454 MW, which represents 42% of the total project capacity.

Luis Salavarria, Total’s head of development, Offshore Wind, has spent the last 10 years in the offshore wind sector, and is currently the turbine package manager for Seagreen. “This revenue profile makes the project stand out, in the sense that it is the only project in the U.K. with subsidies for only part of its capacity. We are having to work within established financial constraints. Subsidies won’t last forever. Manufacturing and installation costs will eventually go down and subsidies will be reduced accordingly. Seagreen is a real test case in that sense,” says Salavarria. 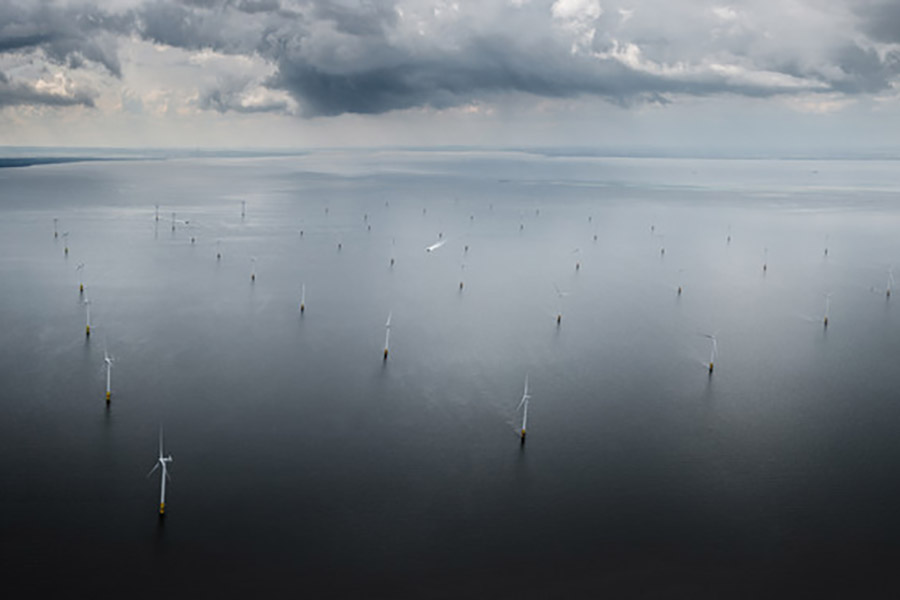 “The U.K. is without a doubt the world leader in offshore wind, with 35% of the global market share, thanks to over 10GW of installed capacity. They have managed to provide a clear and stable regulatory framework for the sector, and the government’s vision is long term,” he continues, “That’s why we need to be here.”

At the beginning of 2020, Total acquired an 80% stake in the 96MW capacity floating wind project Erebus, in the Celtic Sea off Wales. On what was previously a test and demonstration site, Total are using what teams describe as a “stepping stone approach” scaling up to industrial-size wind farms.

“Floating wind projects make up a major part of the future of this industry. The U.K. is a good example. They’ve developed extensively close to the coast but now need to go further out to sea, it’s a natural evolution to move to floating. Some geographical locations mean that floating really is the only thing that will work, Korea for example, the land close to shore is not suitable for fixed bottom technology,” says Salavarria.

Besides the U.K., scope for development is wide, the Group has also concluded a 50/50 partnership with Macquarie’s Green Investment Group to develop a portfolio of five large floating offshore wind projects off the coast of South Korea, with a potential capacity of more than 2GW. 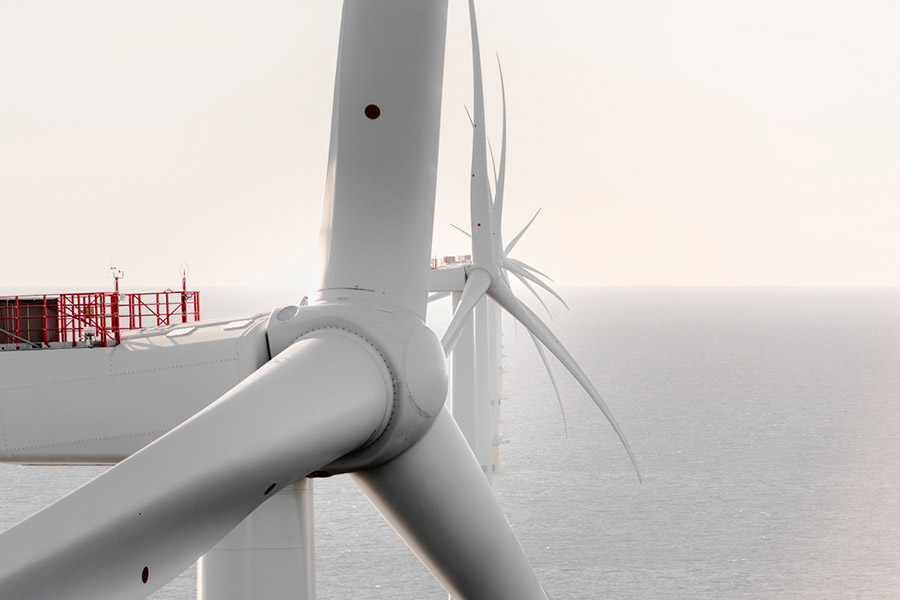 Total is also a 20% shareholder in the Eolmed floating wind farm pilot project in the Mediterranean, off the coast of Gruissan in southwestern France.

“We’ll be actively looking at several opportunities similar to Seagreen or Korea to achieve Total’s renewable energy goal for 2050. The infrastructure isn’t quite there yet for floating wind, but it soon will be,” he says, “The story in the U.K. is just the beginning, we’ll be responding to other tenders worldwide in the months and years to come.”

Salavarria’s boss, Olivier Terneaud agrees; the future looks bright. Their side of Total’s business is looking at potential projects in every region with practicable offshore wind potential, “We are a new player in this sector, and we want to play hard. We are always looking for the next break.”